Summary: What is Estuary English and how is it related to Cockney English? 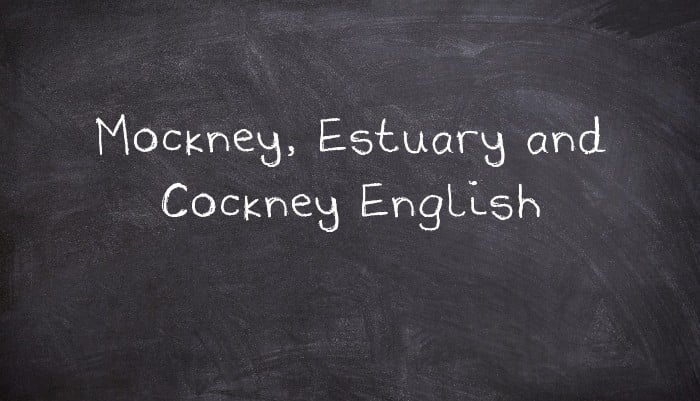 Estuary English is a form of spoken English that has become widespread and popular in recent years in Britain, especially in London and wherever the so-called 'chattering classes' (people like journalists, who talk a lot) are found. It is basically fairly standard English but with a pronunciation that is quite influenced by the English of London, Cockney. Generally, the grammar is unchanged but features such as the 'glottal stop', where the letter T is not pronounced in the middle of words such as 'bottle' (pronounced 'bo'all') are used.

It is called Estuary English because many upwardly mobile professional people among whom it is fashionable live in the Docklands area of London by the river. It is also called Mockney because it is a fake or MOCK form of Cockney English, without all the colourful language play and complex use of slang that make Cockney English so fascinating.

Cockney rhyming slang, where a word is substituted with a word or, more commonly, a phrase that sounds the same, is a feature of the English spoken in London, although rhyming slang is also found in many other dialects of English.