What is Offshore English?

Summary: What is Offshore English and why are native speakers learning it? 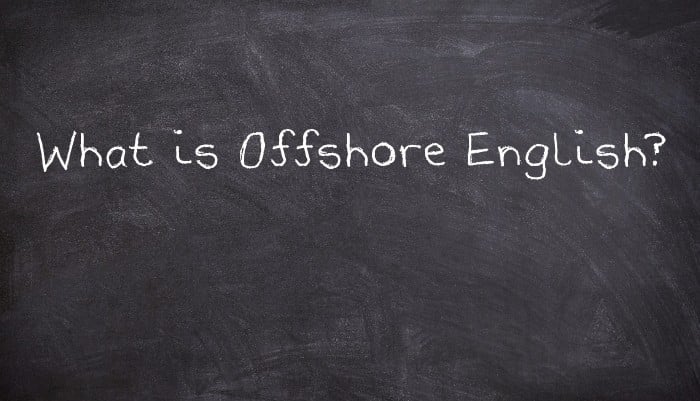 Many native English speakers feel little need to learn foreign languages, so they often lack understanding of the difficulties and problems learners face. They also don't see the need to modify their language for a foreign audience, so they use idioms, synonyms, colloquialisms, phrasal verbs, etc, without thinking of the impact this might have on a foreign businessperson.

The English studied by non-native speakers tends to use a narrower core vocabulary, and given the similarities in courses in many parts of the world, often accentuated by the success of a relatively small number of course books, such as the Headway series, and the domination of a few examinations, IELTS, TOEFL, the UCLES suite, etc. This means that non-native speakers from different countries and cultures may understand each other more easily than they do the native speaker. Few native speakers outside the world of ESL teaching have much idea of what non-native learners are taught, and think that as their English is native speaker level, they speak it better than their non-native counterparts. This unawareness is starting to cause problems that businesses are beginning to identify, and courses in Offshore English are now being offered to native speakers in an attempt to train them to speak the kind of English that will make it easier for non-native speakers to understand, enabling them to win more contracts.