What's the proper way to tell it?

And what do you think it makes a clearer distinction?

Consecutive vs non-consecutive events.
or
Immediately following/previous event.
Posterior/prior (at any time) event.

I want to emphasize that there are (or there aren't) other events in between, and also if it's previous or posterior.
Last edited: Nov 4, 2017

What's the proper way to say it?

"Temporal sequence of medical events" Fine, but since it's a sequence you don't need to say "temporal." It's understood.

"Time sequence of medical events" Fine, but you don't need to say "time" for the same reason.

Consecutive vs non-consecutive events. That doesn't make anything clearer.
or
Immediately following a previous event. I'm not sure what you're asking there.

Prior to an (at any time) event. Look up "posterior"! Do you mean "subsequent"?

I want to emphasize that there are (or there aren't) other events in between, and also if it's previous. In between what and what? Previous to what?

"Posterior" is the wrong word again. Have you looked it up yet? Maybe you mean ". . . also whether it's previous or subsequent."
Click to expand...

Tell us more about what you're trying to learn here. It's not quite clear. Thanks!
Last edited: Nov 4, 2017
J

Posterior appears in the dictionary as a synonym of your suggested "subsequent".
https://www.merriam-webster.com/dictionary/posterior

I'm not a native English speaking, as you suspect but I think the words prior and posterior are quite common in scientific literature, specially in statistics. I'll consider "subsequent" though.

I give you a simple example, imagine you have this sequence of events: 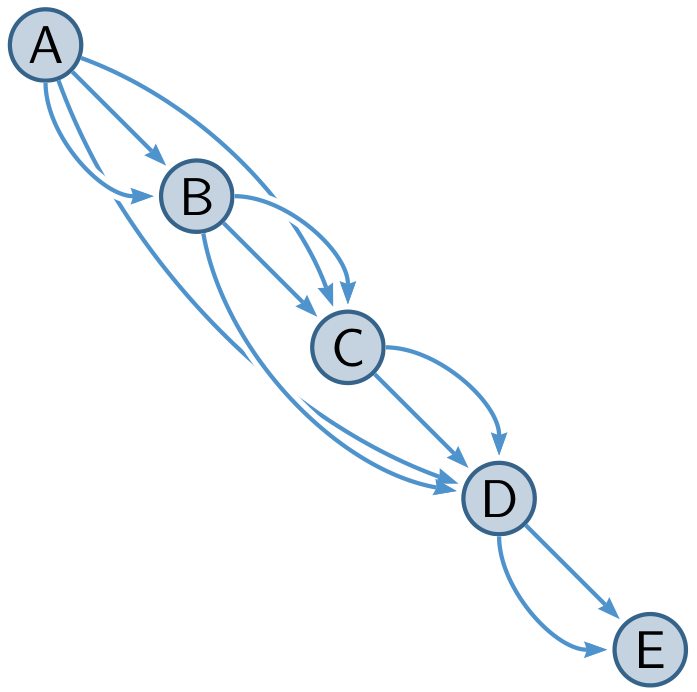 One could study (or just measure time lapse) how the transitions from one event to the immediatelly next one are,
such as
A -> B
B -> C
C -> D
and so on.

I need to know how to call the first kind of transitions and the second one.

Can I just call them "consecutive "and "non-consecutive"?