Summary: How the Internet offers an alternative to the world of EFL/ESL course books. 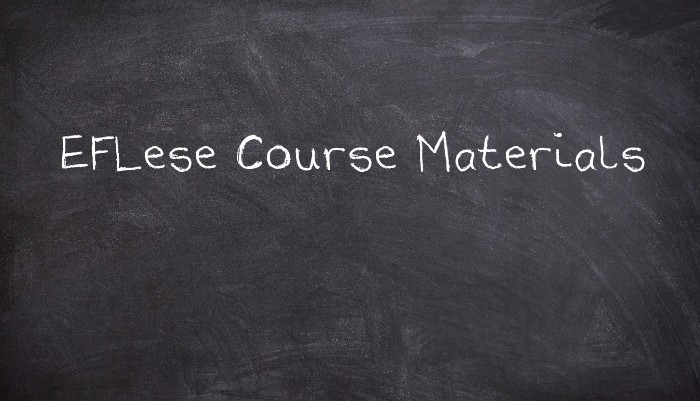 In Come off it, Mario, Michael Swan and Catherine Walter criticise Mario Rinvolucri's view of ESL coursebooks for presenting a 'soft, fudgey, sub-journalistic woman's magaziney world'. Swan and Walter state that many of his claims are incorrect and others are impossible or unrealistic given the constraints under which publishers work.

With materials on the internet, there are signs of both perpetuating the world that Mr Rinvolucri decries and touching on the subjects, 'conception, birth, babies, illness, death, religion, war and poverty', that he feels ESL materials avoid. As part of the process of the medium being the message, most interactive tools available on the internet are fairly conservative by nature. Tools like ESL quizzes, which must have predictable answers, tend towards traditional grammatical patterns or other areas that can have single correct answers.

However, there are many other areas in which the internet is free to pursue different agendas from the traditional English teaching publishing industry, which should please Mario Rinvolucri and other critics. The internet, by and large, only answers to its traffic, which gives it a greater freedom than the publishing industry, which has to try to produce a product that can be sold internationally. If there is something on an ESL site that causes offence, the simplest solution is to close the site, and any administrator can ban access to any site without any justification, or even the knowledge of the site owners.

Breaking News English Daily is a site that provides a topical lesson a day based on stories in the news, covering most of the subjects that Mario Rinvolucri feels the EFL publishers ignore. While textbooks like Headway tend to cover the royal family in the UK form, here we get Prince Harry in his Nazi war uniform. Scott Thornton has criticised EFL/ESL publishers for avoiding the issue of same sex relations, yet on the internet, there are materials on Breaking News English and elsewhere, dealing with gay marriage, one of the most controversial and polemical issues of all in this area. The Rainbow Educators' Network is a site set up to offer 'help in how to address gay, lesbian and bisexual issues in the EFL classroom'. Subjects like HIV/AIDS are also dealt with: the Japan AIDS Prevention Awareness Network offers a PDF What You Should Know: The HIV/AIDS Workbook for the Japanese EFL Classroom for download. All in all, it seems clear that many materials makers on the internet do not feel confined to the safe world seen in many conventional publications as noted by Rinvolucri and Thornton.

Forums are another area where the internet is able to handle all sorts of issues that are avoided or skirted around by many coursebooks. Firstly, they allow students to ask questions about anything that interests them, allowing all sorts of issues to be dealt with that are not brought up in the classroom. In the About.com ESL forum there was recently a huge thread about gay marriage, though it quickly descended into a furious row, which illustrates one of the arguments for the safe, fudgey world of ESL textbooks. At their best, ESL forums can offer many things that ESL publishers cannot do so well. ESP (English for Special Purposes) is particularly easily handled as posters can ask about things that are puzzling them directly, without consuming class time as they would in a standard non-specialist class. While coursebooks skirt around the issue of slang, taboo and swearing, forums are able to handle these issues directly. There are risks with forums; some descend into infighting and never recover, but the potential remains and well-managed forums are a welcome addition to the ESL world.

In short, the internet offers alternatives to the ESL coursebook world that has been criticised by methodologists like Rinvolucri because it is a medium that does not have the same constraints.