Summary: A look at whether native or non-native speakers are better nowadays. 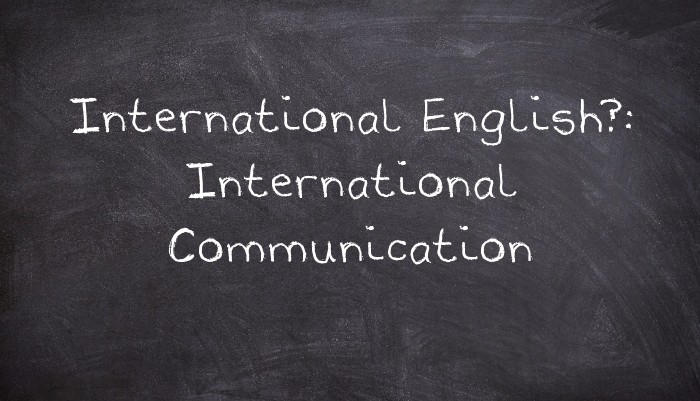 He then takes his argument further and suggests that English should be renamed International Communication as a subject, although he does admit that this suggestion may "seem to be a wander into absurdity." This also shows a simplicity and paucity of thought- the skills in using English are more diverse than he seems to acknowledge. Would it make more sense to have a Chinese or Brazilian teacher for students studying pre-sessional courses to get into British or American universities, where they are learning not just the language, but also the cultural norms of academic work, which are rule-bound and specific? That is not to say that a Brazilian or a Russian teacher could not do this, but there is much to be said for teachers who are very familiar with what is expected in the target universities.

I find these conclusions rather bizarre. Claims that native speaker teachers can be detrimental seem strained and forced, though he has a point that monoglot teachers will lack a knowledge of how other languages can work, though most of the teachers I have come across in the last couple of decades were not monoglot. Monoglot or not, to jump from this to the conclusion that their positions should be abolished strikes me as just plain wrong. His paradoxes are artificial and just show the 'imp of the perverse' rather than a great deal of thought. Firstly, practicalities will kill his scheme straight away- students generally think of native speakers as the real McCoy. I work in a place that has both native and non-native teachers and the latter group find it harder to be accepted as authorities than the former. It is also rather insulting to believe that language teachers have little knowledge of language or international communication, especially in an area where many live outside their own country.

I'm afraid that the author wandered into the realm of the absurd before he got to his final point in my opinion. To call for the 'abolition' of thousands of teachers on the basis of their being native speakers of the language to be taught strikes me as ill-thought out, and a dreadful conclusion to reach. It is utterly impractical, and would be illegal in most countries under equal opportunity legislation. It also displays a pathetic self-loathing that is extended to others of his kind, and saying that by doing this he is putting his future job on the line does not make this acceptable. I find the ideas he sketches out worrying and rather pathetic. However, as he works as an academic, it as particularly unpleasant as it carries the acceptability of university employment.