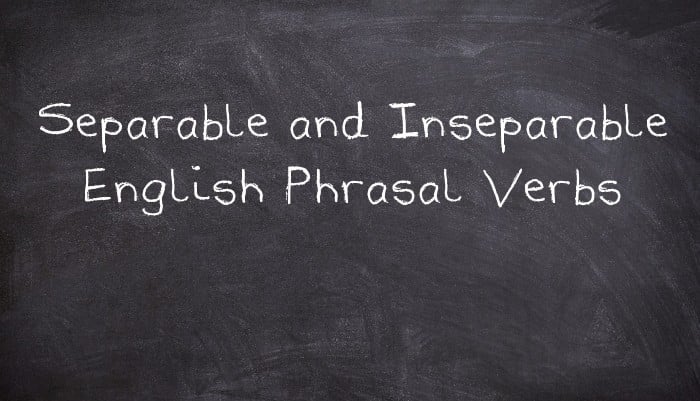 Our dictionary of phrasal verbs now gives details about whether a verb is intransitive, inseparable, or separable. Separable verbs have two sub-groups, according to whether they must be separated or whether it is optional to separate the verb and particle, unless a pronoun is used.

At the time of writing (9th May 2005) , the dictionary has 1,104 verbs, so, while far from complete, it does have a fairly large number of verbs in it. Classifying the verbs was not a completely straightforward matter; a verb like 'check in' is usually used intransitively, but can be transitive, in which case it is separable. I classified this verb as separable because it can be, even though it rarely is. before I started, the webmaster asked me which was the most common category to set it as a default to reduce editing time. I suspected it was the verbs than can be separated or not, but wasn't sure. Here are the results:

Our list is not complete, but no list ever could be. However, it is probably a representative sample. When the list has grown significantly, I will do another check to see if the results are similar. A large proportion of the inseparable phrasal verbs have two prepositions, and some prepositions like 'into' tend to be inseparable.