Summary: A look at the problems with UKeU, the government's flagship for UK university education online. 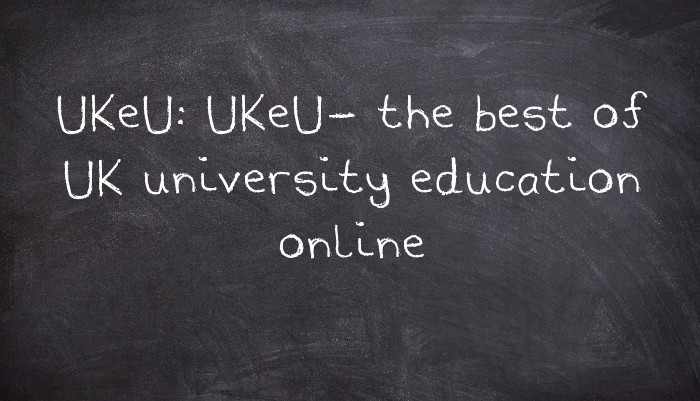 'We want to create a new partnership between universities and the private sector, which will develop a novel means of distance learning and exploit the new information and communication technologies.' David Blunkett, then Secretary of State for Education.

It is now, after £40 million, up for sale, far short its target of 5,600 students- 900 were recruited, costing £44,000 each. The future of the £9 million learning platform, developed with Sun Microsystems, is unclear. However, the development of the platform is also unclear; the site suggests it is fully functional, while others have said it is behind schedule and has problems.

The report in Computing.co.uk gives details of a report by PA Consultants, listing an unclear business strategy, marketing ideas "based more on optimism than on market-led judgements", costs and an inadequate infrastructure, with insufficient budgeting for support systems. Others have criticised the high wage bills, running at over £2 million a year, of which £180,000 was the chief executive John Beaumont's salary, though he also received a performance-related bonus of £44,914. The Parliamentary Education and Skills Select Committee is to investigate what has gone so wrong here and why so much money has been spent for such a paltry outcome.

The project was criticised for being overambitious in attempting to start-up from scratch, instead of in partnership with the Open University or a university like Oxford or Cambridge.

The site is currently offering courses for the coming academic year, and, according to CETIS, the aim is to 'anchor' e-learning good practice in the universities themselves. Given the growth of online course availability, through sites such as the University of London's Distance Learning Site, it can be hoped that UKeU is merely an example of a public project going wrong and not indicative of the future of university e-learning.