Do all these terms mean the same? Which would you use in everyday talk?

AirbusA321 said:
Do all these terms mean the same? Which would you use in everyday talk?

I have marked them above according to BrE usage. The ones I have marked with :cross: might well be used in other variants.

A few notes to add to what emsr2d2 posted:

1. Your word bums is perhaps a miss-hearing of the AmE buns.
2. I think you can remove chuff and prat from your list, unless someone can attest to their use in Australian English.
3. Fanny, duff, patootie, badonkadonk, and keister are synonyms in AmE.
4. A couple of additions: seat and (a personal favorite) sit-upon.

Which would you use in everyday talk?

Hmm... I guess that depends on the situation and the audience! Probably backside is the most benign (it's the term used in the song Hokey Pokey). All the words in your list are fairly harmless, though ass is borderline vulgar.
B

bottom, posterior, rear, behind, backside, buttocks: these are benign and acceptable in polite, formal company.

bum, arse: these are chiefly British English, but they are understood and sometimes used by Americans.

ass: among all these words, this is probably the only "vulgar" word, but even as a vulgar word, it is mild enough to be allowable on prime-time TV. My standard for whether a word is vulgar or not is asking myself "Would I say it in front of my grandmother?" The answer for "ass" is no. Still, I use it in front of friends and other people I know who aren't offended by mild vulgarities. I wouldn't use it at a business meeting with new clients.

butt: this is about as ordinary as you can get in American English slang for this body part, and it is understood by Brits. I use it casually among friends, relatives, teachers, learners of English, and even bosses. I might avoid it if I were talking to someone who held sway over my future, like a job interviewer, judge, or parole officer.

caboose: rather old-fashioned slang. Very benign. Something an old lady might say.

fanny: Old-fashioned and benign. Something an old lady might say. I avoid it because of the confusion it may cause when speakers of British English hear it. In the UK, it means "vagina".

booty: very popular 70s slang, especially among African-Americans. It has seen a recent revival, with the additional connotation of "sex".

badonkadonk: more modern slang, chiefly African-American, for a big, curvaceous bottom. Somewhat crude: I wouldn't use it in polite company.

tush, keister: these are benign slang term that have a Yiddish feel to them. Don't forget "tuchus", which is very Yiddish!

duff: benign, but I only hear it in set phrases like "Get off your duff."

patootie: old-fashioned slang. Benign and humorous, with a feeling of the American South. Often preceded by "sweet". I can imagine a Southern belle saying "You bet your sweet patootie!" 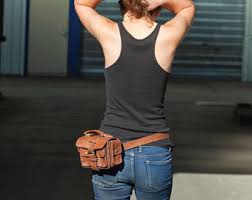 ...though it's more commonly worn at the front or on the hip. 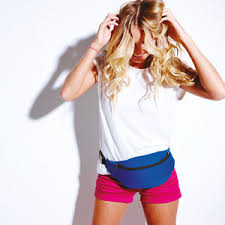 I probably use a few myself.
Click to expand...

Likewise—I've spent a lot of time in the USA in recent years and use a number of AE expressions here: way to go, good to go, (food) to go, bite me, catty corner, lookit, I'm good etc.

Back home I also like to call women bus drivers, shopkeepers etc ma'am and teenage girls who serve me in coffee shops and on market stalls miss. None of them has ever batted an eyelid.

**Off-topic*** If you ever come in my shop and call me ma'am, you'll have to worry about the fist-shaped bruise on one of your own eyelids after I clock you one! I don't want people thinking I'm 150 years old (or a member of the waste-of-space royal family!) ;-)
A

I thought you're an English teacher at a school or so. Why do you work in a shop?

RobertJ said:
If I come into your shop, emsr2d2, how should I address you to avoid getting a black eye. Following a habit that I picked up from Frank Sinatra, I sometimes address people as "baby", both men and women. Example: During a concert with Grace Kelly at the 'Royal Festival Hall', Sinatra said to the orchestra conductor: "Apres vous. That means 'go, baby'." Would 'baby' be OK with you?
Click to expand...

In all honesty, I don't want/need to be addressed as anything! Just say "Hi" or "Hello" when you arrive and "Thanks" and/or "Bye" when you leave. I think you already know the answer to whether I'd like to be addressed as "baby"! Mind you, if you tried it, at least you'd have matching black eyes afterwards!


AirbusA321 said:
I thought you're an English teacher at a school or so. Why do you work in a shop?
Click to expand...

Whilst I appreciate Piscean's defence of my privacy, I'm quite happy to answer that question! I have never taught in a school in the UK. I taught at an academy in Spain and I had private students. In the UK, I only have private students and I fit them in around my other job. Sadly, my mortgage provider and all my other financial responsibilities require me to earn more than my private students bring in. I actually don't want to teach at a school in the UK - the curricula are too proscriptive/prescriptive for my liking.
R

AirbusA321 said:
I thought you're an English teacher at a school or so. Why do you work in a shop?
Click to expand...

Teachers in the UK are not very highly paid, Airbus. Many of them need to supplement their income.