Tips for using your Grammar Checker

Summary: A look at some of the issues with grammar checkers 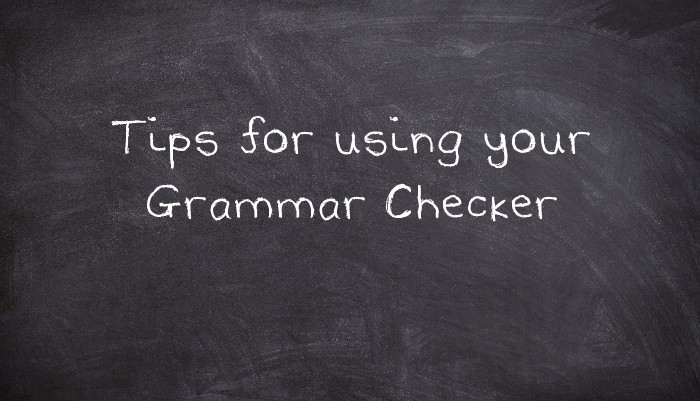 Why does my Grammar Check underline the Passive?

Many grammar checks automatically underline verbs they suspect of being in the Passive Voice and suggest that they should be changed to the Active. This is quite wrong. The Passive is a useful device for changing emphasis and focus and should not be underlined all the time as if it were wrong. It would usually be ridiculous to say 'My mother bore me in 1982' rather than 'I was born in 1982'.

So where does this idea come from? In guides for Plain English, designed to make the information produced by civil servants and others clearer, it was suggested that the Passive was overused and made things unclear and that the Active was more direct and easier to understand, which can be true in complex documents. To extend this analogy to underline all such verbs is quite simply pointless.

Why does my Grammar Check underline Prepositions at the end of sentences?

A Preposition is a connecting word that joins words and phrases together. However, they can also be used to modify verbs, like phrasal verbs that take no object, in which case they are regarded either as Adverbs or Particles. As they are modifying not connecting, there is no reason for them not to appear at the end of a sentence, but some grammar checks have not worked this out and underline them wrongly, then offer rather bizarre suggestions to rewrite the sentence in a highly unnatural manner: My partner and I had a row, but we've made UP. (There is no other position for the word UP)

Why does my Grammar Check underline 'which' and 'who' sometimes?

An error, I'm afraid in British English. After a comma, in what is known as a non-defining relative clause, you should use WHO or WHICH, not THAT: The Titanic, WHICH sank on it's maiden voyage, was believed to be unsinkable. (There was only one Titanic, so the clause doesn't tell you which boat of that name sank).

Because THAT wouldn't be used in a sentence like this, some grammar checks suggest that you only use THAT in a defining relative clause, although you can, in fact use either: 'The man WHO/THAT robbed me is over there, officer.' (Here either relative pronoun is fine because it is defining the person, telling the police officer who to arrest)