The 100 most useful acronyms for EFL learners

Summary: The most important acronyms for English language learners to learn 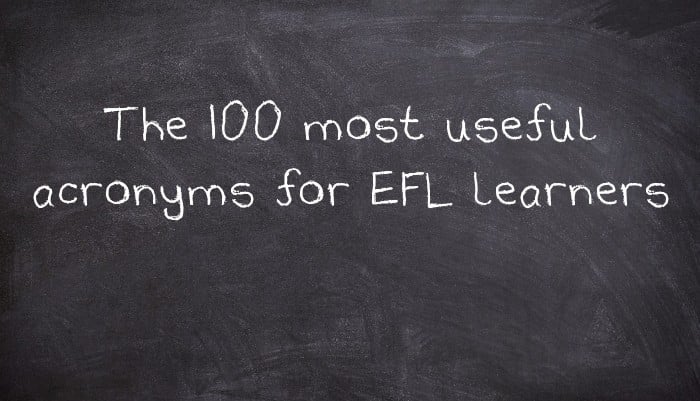