100 Ways to Improve your TOEIC Listening

Summary: 100 tips to help you with the TOEIC Listening Part One (Photographs) 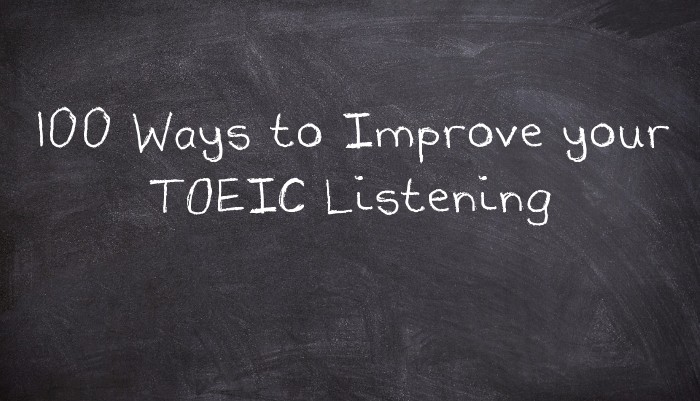 As most people find TOEIC listening Part One an easy place to pick up points and it comes at the beginning of the exam and so can give you confidence for the rest of the test, it is well worth spending some time and effort thinking about how you can get the most out of it. Below are 100 ideas on how you can improve your score in the short and long term, most of which you can do on your own outside of class: