Summary: Tips for TOEIC teachers about the photograph part of the Listening paper 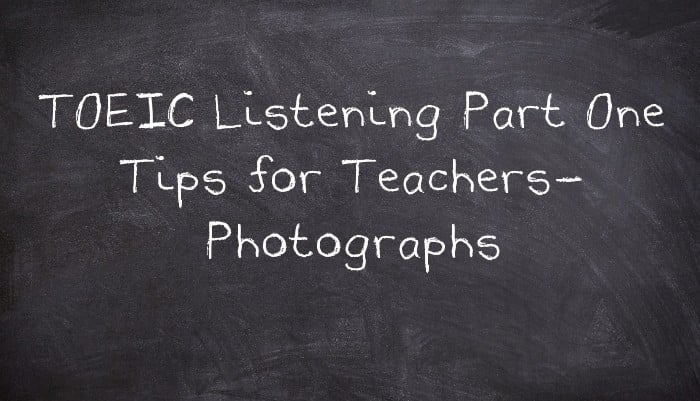 Description of the task:

In this task type, students look at a photograph, usually depicting a business or travel setting, and listen to four sentences. They have to choose the one sentence that describes the photograph accurately. They only hear the sentences once.

Teaching tips: The nice thing about teaching for this part of the exam is that the use of pictures can really help the teacher introduce variety and speaking into the class. The danger is that this makes you spend too much time on this task and neglect the others! Although this is one of the easier tasks in the exam, the difficulties can lie in:

As students’ confidence for the whole test can depend on their reaction to this task, it is well worth warming them up a lot before they start real exam tasks:

You can tie this stage in with the next stage of the listening (question-response) by role-playing conversations between the people shown in the pictures after an exam Part One task and before exam Listening Part Two task.