Why does my teacher make me learn the phonemic script?

Summary: Good and bad reasons for your teacher wanting you to learn the phonemic script 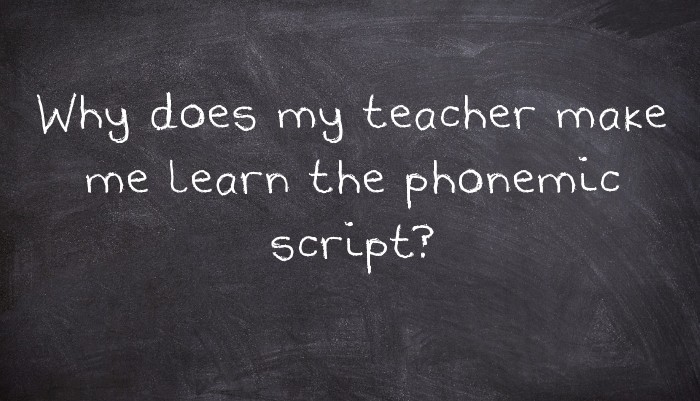 Good reasons why your teacher might teach you the phonemic script

Hopefully the reasons above have convinced you that learning the phonemic script is a good thing, but as with most things in life there is a small chance that your teacher might be doing the right thing for the wrong reasons. If all the reasons above are not relevant to you and you think one of the reasons below is true for your class, you might want to ask your teacher if you could spend less class time on phonemics.