Summary: A look at the role of English in India. 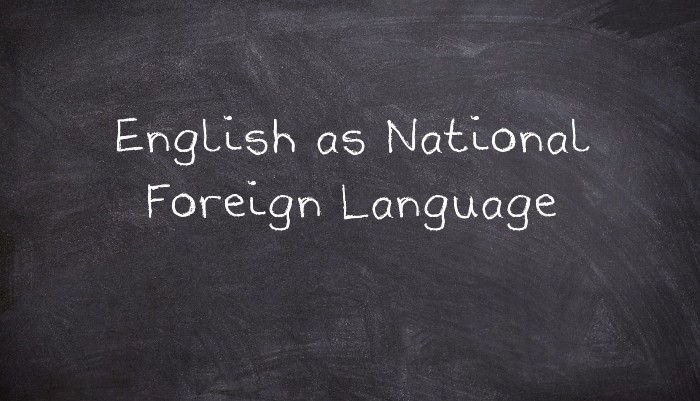 India has two national languages for central administrative purposes. They are Hindi and English. Hindi is the national, official, and main link language of India. English is an associate official language. The Indian Constitution also officially approves twenty-two regional languages for official purposes.

Dozens of distinctly different regional languages are spoken in India. And these languages share many characteristics such as grammatical structure and vocabulary. Apart from these languages, Hindi is used for communication in India. The homeland of Hindi is mainly in the north of India, but it is spoken and widely understood in all urban centers of India. In the southern states of India, where people speak many different languages that are not much related to Hindi, there is more resistance to Hindi, which has allowed English to remain a lingua franca to a greater degree.

Since the early 1600s, the English has had a toehold on the Indian subcontinent, when the East India Company established settlements in Chennai, Kolkata, and Mumbai, formerly Madras, Calcutta, and Bombay respectively. The historical background of India is never far away from everyday usage of English. India has had a longer exposure to English than any other country which uses it as a second language, and its distinctive words, idioms, grammar and rhetoric spreading gradually to affect all places, habits and culture.

In India, English serves two purposes. First, it provides a linguistic tool for the administrative cohesiveness of the country, causing people who speak different languages to become united. Secondly, it serves as a language of wider communication, including a large variety of different people covering a vast area (Kachru 111). It overlaps with local languages in certain sphere of influence and in public domains.

Generally, English is used among Indians as a ‘link’ language and virtually it is the first language for many well educated Indians. It is the second language for many, who speak more than one language in India. The English language is a tie that helps bind the many segments of our society together. Also, it is a linguistic bridge between the major countries of the world and India.

English has special national status in India. It has a special place in the parliament, judiciary, broadcasting, journalism, and in the education system. One can find surrounded by English everywhere. One can see a Hindi-speaking teacher giving the students instructions during educational tour about where to meet and when their bus would leave, but all in English. It means that the language permeates daily life. It is unavoidable and is always expected, especially in the cities.

The importance of the ability to speak or write English has recently increased significantly because English has become the de facto standard. Learning English language has become popular for business, commerce and cultural reasons and especially for internet communications throughout the world. English is a language that has become a standard not because it has been approved by any ‘standards’ organization but because it is widely used by many information and technology industries and recognized as being standard. The call centre phenomenon has stimulated a huge expansion of internet-related activity making the future of India as a cyber-technological super-power. Modern communications, videos, journals and newspapers on the internet use English and have made ‘knowing English’ indispensable.

The prevailing view seems to be that unless the students learn English, they can only work in limited jobs. Those who do not have basic knowledge of English cannot obtain good quality jobs. They cannot communicate efficiently with others, and cannot have the benefit of India’s rich social and cultural life. Men and women, who cannot comprehend and interpret instructions in English, even if educated, are unemployable. They cannot make-up their children’s school home-works everyday and decide their revenue options of the future.

Students’ refusal to take responsibility for learning English does not affect only their own welfare but their family members, the dependents and others too. The highest costs of the unreceptive attitude to the learning of English fall on those who do not learn English. It imposes high costs in unemployment benefits. The lack of effort in learning English and the general feeling of not being interested in learning the English language is a plague to the system. This abuse is what the English teachers should fight against. Those who recognise that learning English is their responsibility have plenty of opportunities to do so. Radio and television are good teachers. So are magazines. Students in their young age can pick up English quickly. They are the best fast learners, provided the preference to speak English at schools, colleges, universities, and what’s more at home is made compulsory.

India is a nation without a collective, comprehensive, prescribed national language. Our nation had a tough decision when choosing a national language as English because English had an adversative language – Hindi. An attempt in 1965 to make Hindi the official national language failed when people from the southern part of India violently demonstrated against it. Because of the opposition of the south against Hindi, provision was made in the Constitution to extend the role of English as an additional language with Hindi to be used for official purposes until 1965. As a compromise, the Indian government recognized English as an associate official language, with Hindi the official language. Besides Hindi and English, twenty-two regional languages are recognized as official languages. At present, English is recognized as the official language in four states: Manipur, Meghalaya, Nagaland, Tripura and in eight Union territories: Andaman and Nicobar Islands, Chandigarh, Dadra and Nagar Haveli, Daman and Diu, Lakshadweep, Pondicherry, National Capital Territory, and Delhi (Languages of India). However, these states and territories are not united. Linguistic and religious differences are two main reasons for the divisions among the people of India. The English language is one of the means to preserving the diversity of the nation while bringing all of us together as a nation. English is an important unifying linguistic medium between the northern and southern states of India.

Creating a national language is intended to help all Indians understand, and work together in peaceful existence. Speaking one language enhances the ability of groups of all backgrounds to communicate with one another. With a world that is becoming more connected, speaking a language that is used by the world will help all Indians. English is a language, which could broadly provide the fundamental elements, the important qualities and features of life. The purpose to promote to use English is to enhance competitiveness. There is a successful example using English as national language. As of 2000 the Chinese constitute 76.8% of Singapore’s population and English is the national language. English related background and foundation offers Singapore to boaster things in order and is successful. English is increasingly becoming the international language as well. Our current society is developing multi-dimension. India needs to designate, without the slightest hesitation, its national language as English. Let review history, up to now, no language like English could dominate India so wide. Not only India but also worldwide more than two centuries. An appeal to every citizen of India is to think about the power of language and communication when we use English as national language. Definitely, a change will be remarkable in the future. In the English speaking world, India has a unique position. A decade ago, the United States of America was the country with the largest English speaking population. Today, India has taken over that status. In 1997, when the population of India was 97 crores, an India Today survey suggested that about a third of the population of India, that is around 32 crores, had the ability to carry on a conversation in English. And given the steady increase in English learning since 1997 in schools and among the upwardly mobile, (the tinker, tailor, soldier, and sailor are also connected) today it is at least 36 crores (Crystal 101). As per the Central Intelligence Agency (CIA) report in July 2005, the population of India passed above 108 crores (Worldfactbook). With roughly a third of its population, possessing English language capability, India has more people speaking the language than the United States of America, the United Kingdom, Australia and New Zealand combined. India currently has a special place in the English language record books, as the country with the largest English speaking population in the world.

A positive attitude to English as a national language is essential to the integration of people into Indian society. There would appear to be virtually no disagreement in the community about the importance of English language skills. Using English thereby you will almost be the worldwide citizen naturally. English plays a dominant role in the media. It has been used as a medium for inter-state communication and broadcasting both before and since India’s independence. India is, without a doubt, committed to English as a national language. The impact of English is not only continuing but increasing.

Latest from ' Teaching English in Asia'