Summary: A look at how the Past Perfect is formed and used in English 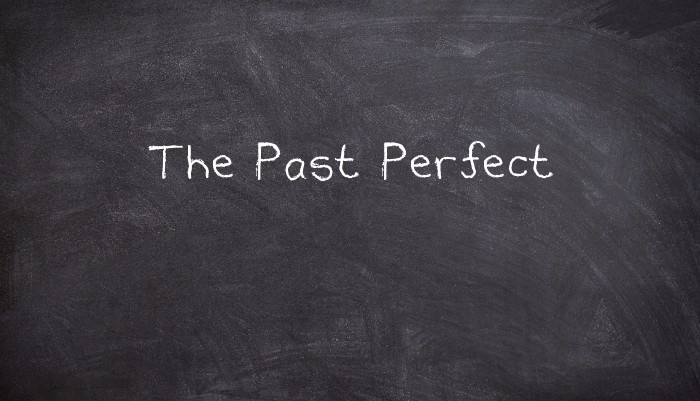 The past perfect is formed using the past simple form of the auxiliary HAVE and the past participle (third form) of the verb concerned:

The past perfect is used for a number of purposes:

We use the past perfect to talk about a situation in a past time before one we are already talking about:

The earlier situation can continue up to the later time:

We do not need to use the past perfect if we are simply describing a number of past situations, one or more of which happened after the other(s):

I visited my daughter in Manchester last March, and she came to see me at Christmas.

I spent three happy years in Durham, and then left to begin a new life in London.

1a. Past Perfect or Past Simple after Conjunctions?

When we are talking about an earlier past and use conjunctions such as after, before, as soon as, etc we can use the past perfect; however, it is usually not necessary if the sequence of events is clear:

After Paul moved out/had moved out, I decided not to look for a new flat-mate.

With when, there is a difference in meaning between the past and the past perfect:

2. Past Perfect or Past Simple in Indirect Speech

In indirect speech, the present perfect of the direct speech is usually changed to the past perfect:

This is possible, but not essential, if the reported situation is still true at the moment of reporting:

– Luke said that he has finished the report. He is taking it to John now.

The past simple can be changed to the past perfect, but it does not have to be if the times of the situations are clear:

We use the Past Perfect when we talk about a past hypothetical situation that did not occur:

I wish I had passed my driving test last week. [I did not pass it]

If George hadn’t given up drinking,  Emma would have left him. [George did give up drinking.]

See also: Problems with the Past Perfect

Written by JE Webb for UsingEnglish.com A? 2011