Summary: A look at how to use the verb 'wish'. 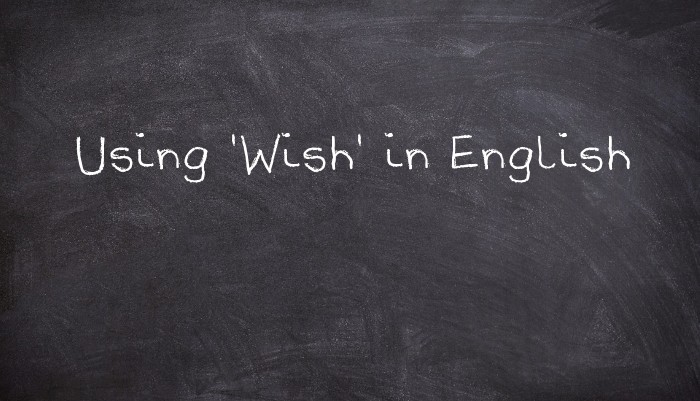 This is like 'I would like to see the manager', but is more insistent and stronger, though still polite.

Here, the speaker regrets that they are not rich now. Note that with the verb 'be', you can either use the past simple or the past subjunctive.

Here, the speaker is clearly talking about the future.

Here, the speaker is talking about the past. They said something and now they regret it.

Here, the speaker cannot speak German, but it is possible to learn it, so it is not as impossible as the sentences above. It is imaginary, but wouldn't be impossible to change the situation. If the subject of the verb wish and the verb after it are the same, we use could.

Again, the situation is imaginary, but it would be possible for the other person to turn their music down. As the two subjects are different, we use would. It is possible to use could when talking about someone not having the opportunity or ability: I wish he could come with us.