Summary: Learn how to use 'rather' in English. 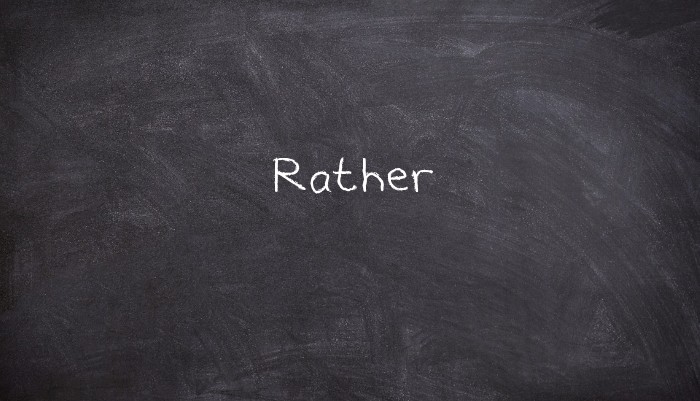 When do we use rather in English?

A) We use rather as an adverb of degree:

B) To express preference

Rather than is normally used to compare parallel structures:

Would rather + infinitive without 'to':

Would rather + pronoun + past tense: