Summary: A brief look at English adjectives whose comparative and superlative forms are irregular. 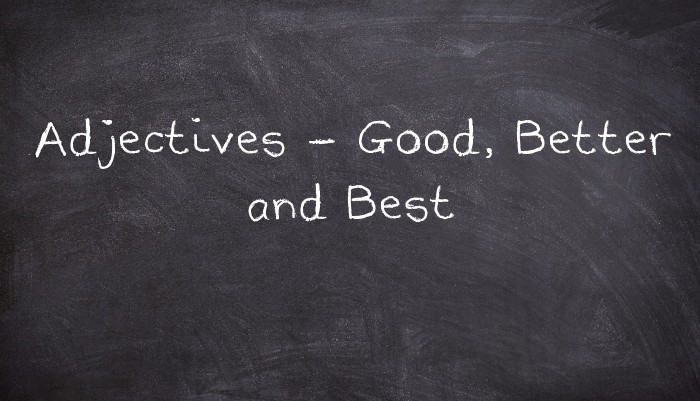 English has a few adjectives whose comparative and superlative forms are irregular. That is, they don't form the usual patterns for forming comparatives and superlatives (-er, -est; or -ier, iest; or more-, most-).