Summary: A handout on nouns which can be used to help students understand irregular plural noun forms. 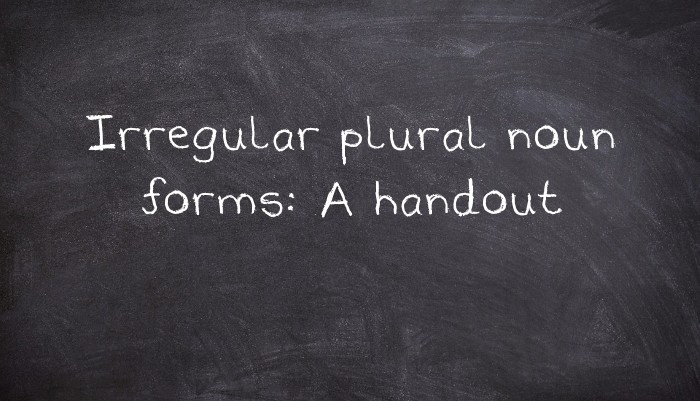 Here's a handout on nouns which I give my students to help them understand irregular plural noun forms.

In English, nouns are divided between the singular and plural form. To make a noun plural, an 's' is usually added to the singular but there are several exceptions to the rule.

Exception 2:
Nouns that end in 'y' which are preceded by a consonant form the plural by changing the 'y' to 'i' and then adding an 'es'. Here's an example:

Exception 3:
Nouns that end in 'f' form the plural by changing the 'f' to 'v' and then adding an 'es'. Here are some examples:

Exception 4:
Nouns that end in fe form the plural by changing the f to v and then adding only an 's'. Here are some examples:

Finally, there are many irregular plural noun forms which one must commit to memory. Here are some examples: