Summary: A big list of vital tips on how to teach IELTS Academic Writing Task 1, in order of usefulness 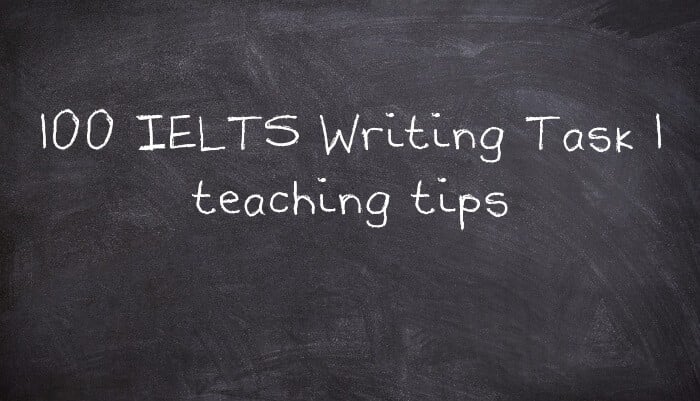 This is a list of the most important recommendations for teaching IELTS Academic Writing Task 1, including tips to give students, the best practice activities, advice on feedback, and specific suggestions on teaching each kind of task (line graphs, bar charts, pie graphs, tables, flowcharts and maps). The most important hints are given at the top of each section. There are also similar articles on this site for students and for other parts of the IELTS exam. There are photocopiable worksheets including many of the tips and practice activities at https://www.usingenglish.com/e-books/ielts-speaking/a??