Summary: Nearly 100 classroom instructions and explanations that can be accompanied by gestures, with descriptions of how teachers can use their bodies. 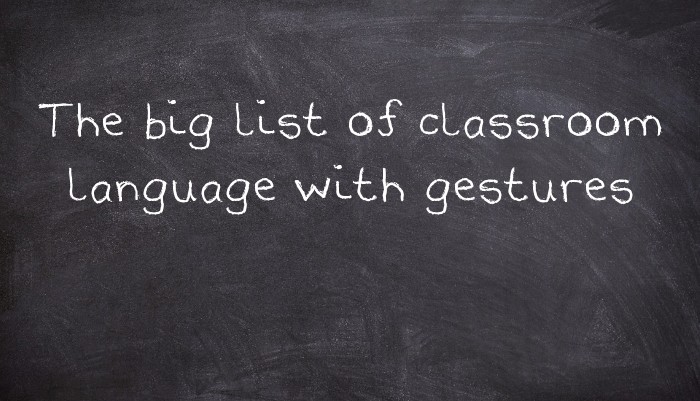 Use of the body is perhaps the most vital technique for making classroom language understandable and memorable, and is a great way of avoiding translation/ use of L1. This list illustrates that with ideas for specific gestures for some of the most common things that TEFL teachers need to say in class, in alphabetical order.