Summary: A look at the difficulties of classifying "used to" 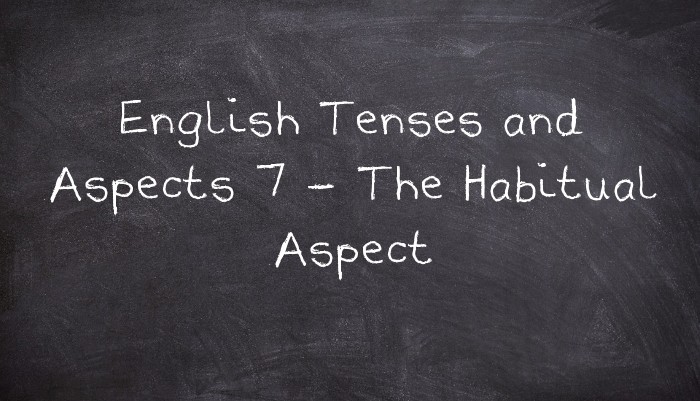 Writers find used to difficult to classify; a variety of labels have been used for iti. I believe that considering it as the (marked) habitual aspect (cf. Aarts (2011.273-4)), as I do in this article, makes it a natural part of the English tense aspect system. However, classification is irrelevant to learners - they need to how to use and understand a structure, not what to call it. The shortness of this article suggests that it is not a difficult form to use.

The traditional explanations of used to are:

……2. A discontinued past state: George used to be a miserable character (but now he isn’t).

The traditional explanations are in accord with the rule presented here for the habitual aspect:

We use the habitual aspect when we wish to indicate that a habitual past situation is no longer actualised (as a habitual situation).

This use contrasts neatly with the simple marked form:

As we have seen in previous articles, the marked form of the verb can distance the situation in time, reality or directness. Distancing in time is usually made explicit by some form of time marker, as in [1a], in the 1980s. The habitual aspect has the dual function of locating the habitual situation in past time and of emphasising its non-actualisation now. The past time period is not specified except in the most general terms:


One anomaly of this form is that, when used with DO-support, some people use use, others used:

This is apparent only in writing. In speech, use to and used to sound the same.